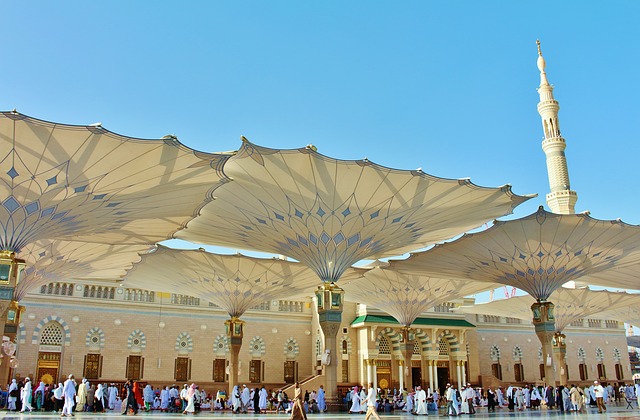 Did you know there is currently a shortage of and strong demand for bilingual speakers of Arabic in the US government? Learning Arabic would increase your chances of getting a job with the US government!

Arabic plays a key role in communications and national affairs and is considered a critical language. Because of its importance for reasons of national security and economic prosperity, the U.S. government has made increasing the number of bilingual speakers on staff a top priority. Today, the demand for Arabic speakers in government positions is higher than the number of qualified applicants, which opens the door for anyone who is learning Arabic.

Today is the perfect opportunity to begin your journey to learning the Arabic language through the International Language Institute. The institute offers multiple class levels, native-speaking instructors, and live instruction for deeper learning and faster comprehension.

Booming Industries in the Arab World

There are many rich Middle Eastern countries that speak Arabic, and this unique ability can potentially create lucrative opportunities in business. In the last seven years, Saudi Arabia has put forth a concerted effort to diversify its economy through different governmental projects and industries. Projects including the National Transformation Program 2020 and Vision 2030 were assembled to further those goals. Some of the emerging industries with the best opportunities are listed below.

Advanced Technologies – Part of Saudi Vision 2030, this endeavor is focused on having businesses booming in industries such as biotech, telecommunications, computer technology, robotics, and artificial intelligence.

Saudi Arabia and other Arab countries, including the UAE, have also focused its expansion efforts to mining and financial resources, Aquaculture (seafood production), financial services, retail, healthcare, and marketing and advertising.

Historically, Saudi Arabia has made its money in oil, but since has realized that oil may one day be depleted or in lower demand. Subsequently, Saudi Arabia has substantially invested in these different sectors, allowing ample opportunity for someone speaking the Arabic language.

No matter where you travel, having some level of fluency in the primary language is important. For example, when a person traveling can speak Arabic, they are able to communicate effectively in many countries allowing them to conduct business, get an education, or simply just be a tourist that speaks the local language and understands the culture more than most tourists. Understanding the local language increases safety because it connects you to your surroundings.

Whether you want to learn Arabic to find employment with the government, make money through the expanding industries in the Arab world, or just be a tourist and immerse yourself in the culture, learning Arabic offers up fantastic opportunities to a fascinating group of countries within the Arab World.