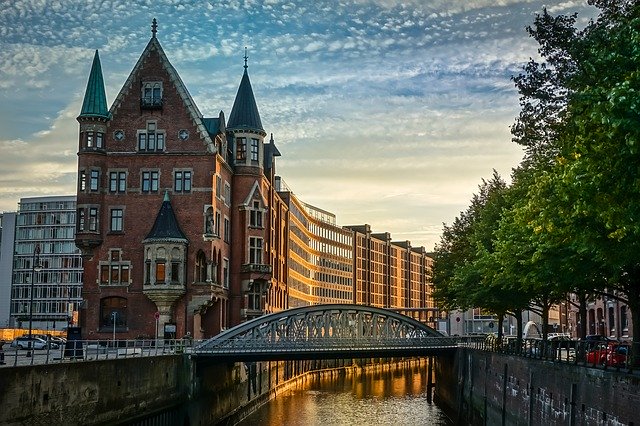 With the rapid expansion of computer technology and the ease of travel between different countries and continents (outside of COVID-19), we truly do live in a multicultural world now. So naturally, more and more people are wanting to learn new languages. Have you considered learning German?

Have you been wanting to learn a new language?

If so, which one should you choose?

Some believe Spanish is the easiest language to learn, and some consider French the most beautiful. But maybe you should consider learning German!

For one reason, German is used by more native speakers in Europe than any other language (77 million), and that includes more than French and English! Worldwide, nearly 100 million people speak German as their principal or first language.

German is Not Considered Difficult to Learn

There is a common misconception that German is a difficult language to learn. If you research online ‘Most Difficult Languages to Learn’, you will find German is typically not even in the top 10 and always falls behind Russian, Chinese, Polish, and Greek in terms of difficulty. If English is your first language, you will be happy to know there are actually many similarities between English and German, making it easier to learn German.

For example, one of the most often used English words is ‘Is’ which translates to ‘Ist’ in German. Other English words that sound like German words are Mother = Mutter, Father= Vater, Brother and Sister = Bruder und Schwester, Garden = Garten, Friend = Freund, Hello = Hallo, and Milk = Milch.

To further illustrate the similarities, here is another simple example:

All the German words in the sentence are remarkably similar to their English versions, and these are just a few of the hundreds of other German words with similarities like this.

Germany Has an Incredibly Strong Economy

Germany has the distinction of being the strongest economy in the European Union (EU), and it has the fourth strongest economy in the world behind the US, China, and Japan. Germany is renowned for exporting the highest-quality manufactured goods including industrial equipment, machinery, and most notably, automobiles. Some of the automobiles they export include Mercedes-Benz, BMW, Audi, Volkswagen, and Porsche. If you learned German, you would have a much better chance of landing a job at any of these powerhouse manufacturers.

According to Fortune Magazine, a list of the top German companies in the global 500 (not including automobiles) include Allianz Insurance, Siemens, Bosch, BASF, Bayer pharmaceuticals, and Lufthansa Airlines.

Did you know Germany is often referred to as Das Land der Dichter und Denker, which translates to the Country of Poets and Thinkers? Consider the classical music composers from Germany: Bach, Beethoven, Brahms, Handel, Mozart, Schubert, and Wagner. How about the philosophers Kant and Nietzsche, and the science gurus Einstein, Kepler, Kurtz, and Planck? You can read German literature and listen to German music in the original language and fully understand the powerful culture immersed in these classic works of art.

Germans Are Notorious (in a good way) in the Tourist Industry

We already know Germans are smart, creative, and have a strong financial global presence with money to spend. Germany is a rich country that offers an average of six weeks each year of vacation time. When you have people with money and lots of vacation time, you have active tourists ready to spend money. They love to travel and they love to spend money. Germany itself isn’t even in the top 10 most populous countries, however, they are third behind the US and China in spending tourist dollars in other nations.

Wrapping up, here are just a few of the reasons someone would want to learn German as a second or third language. You can you go to Europe and speak German in many of the countries there – You could potentially get an incredible job because you speak German – You can enjoy original works of art and science and music from Germany in their language, just as the Germans do – You can communicate with people all over the world – You can potentially profit from finding a niche that will capitalize on German tourist Deutschmarks (money!).

If you are considering learning German, take the next step because it is actually a beautiful language that really is not difficult to learn and is spoken all over the world. Start your studies with the International Language Institute. The school offers multiple class levels, native-speaking instructors, and live instruction. Begin your journey of learning the German language here.

Study online:
Apply now and take our classes with Zoom!