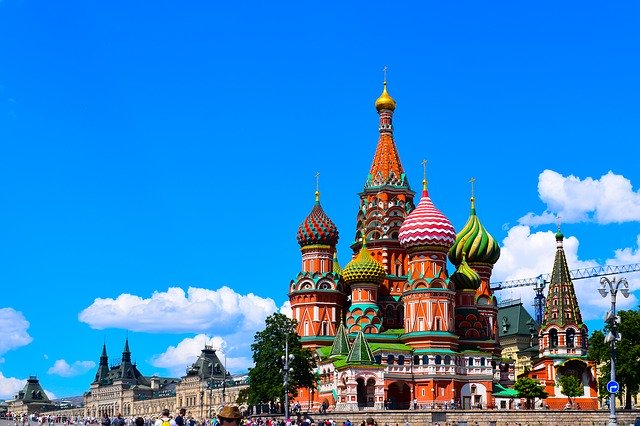 Whether you are planning a trip to Russia for business or pleasure, it’s time to learn the Russian Language. Learning the language will make your trip more enjoyable and productive because most Russians don’t speak English. In fact, only about 5 percent of Russians can speak English. Even though English is considered the universal language, it is not a common second language for Russian citizens.

Russia is a top travel and sports destination and the Russian language is the most commonly spoken in Europe. Russian ranks as the number one language spoken in Europe, followed by German, French, and then English.

Russian is one of the hardest languages for native-English speakers to learn. This is in part due to its complex grammatical structure, and its Cyrillic alphabet makes learning the Russian language seem extra challenging. The alphabet is made up of 33 letters. Most of the shapes of the letters are similar and learning them just means memorizing associating certain letters with certain sounds. There are, of course, grammatical rules to learn too but go into it with an open mind and eagerness to learn and you will be fine.

Russian is also a part of the Indo-European languages, namely the Slavic languages. This means once you learn Russian, you’ve learned the basics and can more easily understand Slavic languages. These include Ukrainian, Belarusian, Bulgarian, Macedonian, Croatian, Slovenian, Polish, Czech, and Slovak.

Here are a few must-learn Russian Language basics before your trip to Russia.

If you really want to enjoy your trip, consider taking a basic Russian language course. The International Language Institute offers eight levels of live, instructor-led courses from basic to advanced. Attend the classes in person at the Washington, DC campus or take the class online with our new online classes.

The online class environment allows students to engage with each other and the instructor and to practice reading, writing, listening, and speaking Russian. The class is operated with a 360-degree camera in the room enabling online participants to feel part of the class.

Master Russian before your trip. Learn more and apply for our Russian language classes here.